When I try on a completed make for the first time that I’m particularly pleased with I find myself doing a little happy dance – these definitely got a happy dance! 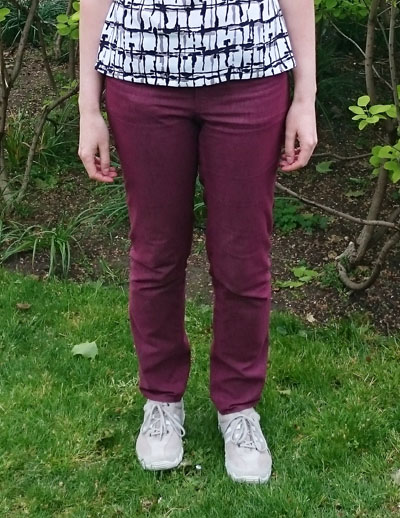 I used the popular Ginger Jeans pattern by Closet Case Files and was very impressed. Heather Lou has done loads of research into making jeans and her passion for helping others to create this super satisfying garment shines through in the incredibly useful sewalong and ebook on sewing jeans. You could easily make the jeans with just the pattern and the sewalong for some extra detail, but I brought the ebook too for a few reasons – 1. I was so impressed with the effort put into the sewalong that I was happy to pay a bit more in appreciation of that; 2. it is useful to have all the resources in one place; 3. the ebook includes additional information such as how to convert the pattern into flared or bootcut jeans, which I fully intend to do. 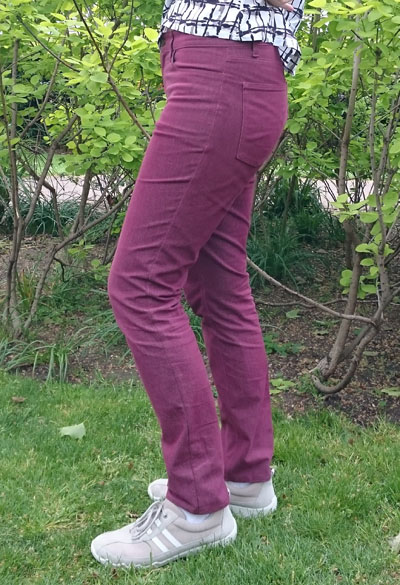 I went for view A – the lower rise and stovepipe leg. However, I didn’t want such low rise jeans so I lengthened the rise by 3 cm. To check the fit of doing this, I initially cut everything out except the waistband then basted the jeans together (after stay stitching around the waist). The back was gaping so I took a wedge out there then adjusted the waistband pattern piece appropriately before cutting that out. 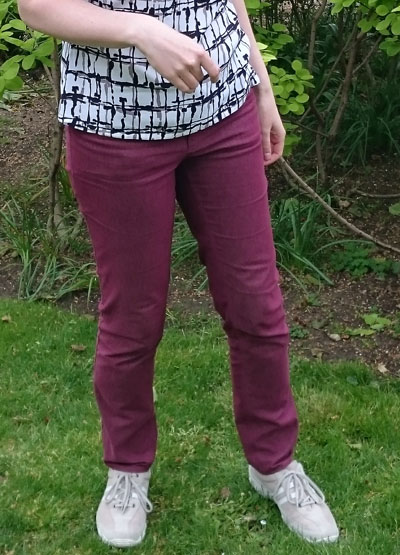 I cut a size 12 which from the measurements I was expecting to have a little room around the hips and to have to take the waist in (sorted out by the wedge mentioned above). Thankfully I basted the side seams after sewing up the rest of the jeans to check the fit again – this showed they were actually a bit tight around the hips. So I used a smaller seam allowance for the side seams from the hips down. I’ll likely do this extra fitting step for all subsequent pairs as the width required for a good fit will depend on how the fabric stretches. 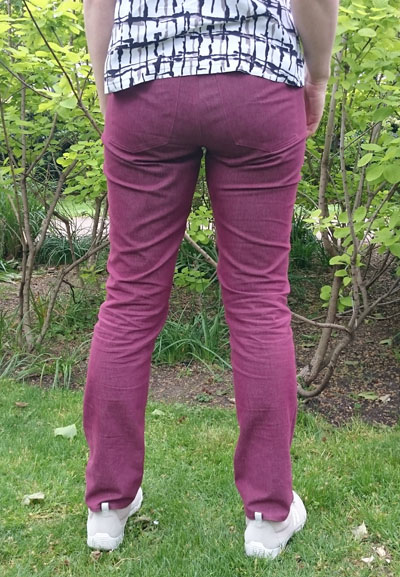 I used the wider back pockets that are provided as a free download and also lengthened them (since I had lengthened the rise), which also means they are very practical and securely fit my phone. I forgot to lengthen the legs, but think I got away with this by finishing the hem raw edge and then just folding over once about 1cm. But I’ll certainly lengthen the legs before making again though as I think I’d prefer them to be a bit longer. 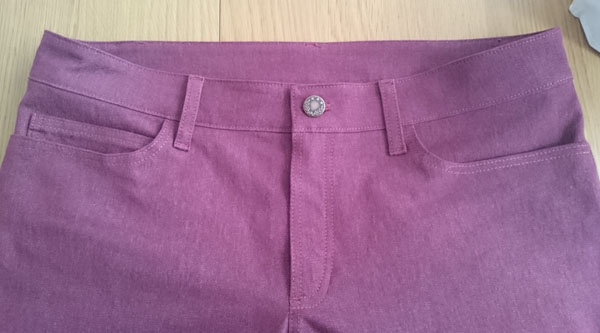 I used this stretch denim from Minerva, largely because it wasn’t too expensive and I’d seen a couple of other bloggers make Gingers using it. In all honestly, I’d been expecting these to be a toile that I might get to wear around the house, but they have already been getting lots of wear as one of my proudest makes. 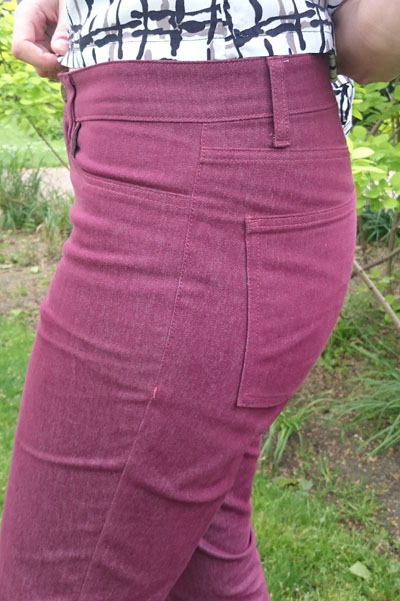 For the top stitching, I used double strands of regular thread rather than top stitching thread and think this worked pretty well. I went for matching thread partly because I was nervous about it going wonky and being obvious, but also saw from research that the majority of coloured jeans don’t have contrast top stitching. I think the top stitching turned out pretty neat in the end, I didn’t rush it and used a soap slither to add guiding markings where I wasn’t just following a straight seam. 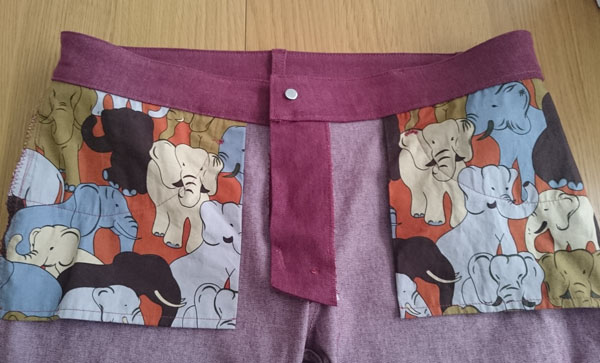 For a fun detail on the inside, I used an elephant print cotton that I brought in Brighton at least a year ago and as per Heather Lou’s recommendation sewed it up so that you could see the print on the inside. I french seamed the pockets and flat felled as many seams as I could. Took a bit longer, but I think worth it and I love how neat they are on the inside.

I can definitely see more me made jeans in my future! Have you made jeans or plan to make some?